Congratulations to all the winners. It’s an honour to have been a part of 2015 Blogger Awards. Thanks to Ambi,who organised such am exciting event.:)

Samar and Sonya, the owners of the NRS and their teacher, enter the Advanced Batch Studio room and inform about the Qualifier Round and the performances to be done. Just then, Jasleen , a former student of the NRS enters the room. Neil gets excited on seeing her.

Sonya- Oh, yay, she is here. Guys, welcome Jasleen, ah sorry, I mean Jazzlin and her friends. Her friends will be assisting us in organizing everything.

You were saying that you are happy that she’s here. Why’s that?

(Sonya started speaking again and Alifa & Neil listen to her.)

Sonya- The third performance would be a Male Duet. We have our buddies- Shlok and Rehaan going for that.

(Shlok and Rehaan stand up and wave hands to the rest of them.)

(All hoot for them.)

Samar- The last performance but one of the most important is the Couple Performance. The Male-Female Duet.

Couple performance opens up a wide variety of possibilities to experiment upon. It has no restrictions. We can choose any theme in a couple performance. The rest kinds have some limitations. A good couple dance needs just two honest and passionate dancers with good understanding and chemistry between them. They don’t require exceptional choreography, coz if they are honest with themselves, their passion and with each other, they can beautify even the simplest steps. If they know each other well, and are good dancers, they have least issues.  While group dancers have co-ordination issues, this type can in fact, be the best in that.

Couple dances offer masculine physical strength for lifts and abilities to control everything as well as feminine grace and expressions and flexibility.

In all, it is the most special and important kind. So, for this we have two very special people, the hearts of the NRS – Neil and Alifa.

Samar- Most of you had already guessed about this one , right?

Alifa- (to Neil) God! I am really excited.

Sonya- Any suggestions for the dance performances are welcomed. Tell us if you are good with your partners.

Neil- (to Alifa) Hey Alifa! I need to tell you something.

I really like Jazzlin. I really do. I have had a crush on her since the first day she entered the NRS. And I always wanted to dance with her, but never could.

Alifa, listen, I’m really sorry, but I hope you understand. Can you please help me perform this duet with her, if you don’t mind?

(Alifa had tears in her eyes but she wiped them before Neil could see them.)

Neil- Look, I am really sorry, but please, now you know na, how much I like her. This is the chance and the only way to get to her.

Alifa- (sighing) Yeah, okay. But how do we do that?

Neil- Listen, I’m going to talk to Sonya about it. You just accompany me, and agree with me and say that you are very very comfortable with & are in good friendship with the other girl Siyaali in the folk, who is to perform with Jazzlin.

Aww, Alifa, thank you so much. You are such a darling.

He realizes that he hugged her, even though they were not so good friends . He immediately loosened his arms around her and gave a big smile to her. Alifa replied with a fake smile, tapped him on his shoulders and said, “Go, I am coming.”

Again tears started filling up in her eyes, but this time she let them fall. She was really sad, all her dreams were shattered. She had been so excited for this day. But she had no other option, except his happiness, of course!

Next day while practice, she saw both Neil and Jasleen, practicing together. They were good but she thought that Neil and she herself would have been much more better. She cried a bit, then convinced herself that now she can’t do anything about it. So, better she should focus on her performance. She started ignoring thoughts of Neil, as everytime she thought of him, it made her feel really sad and hopeless.

Three days later, Neil approached her and said that he wanted to talk something really important. Alifa ignored him and said that she had an important work. She then left for home. She now knew that she can never gain his love. So, it is better to stay away from him to control her feelings and focus on her career.

When at home, she cried a lot and recalled her moments with him. But then, she reminded herself about Neil’s attraction towards Jasleen and tried to stop his thoughts from coming to her mind. She slept with her face wet with tears.

Next morning, with a bit positive attitude, she left for school.

Yes, Neil and Alifa had been studying in the same school for past 6 years. This was their last year in the school. They were in 12th and in a few months their school life would end.

They were studying together since they were in class 7th. Alifa had shifted in to this city Bengaluru, from Agra. She then joined her current school St. Louis High School the same year and also joined the NRS Studio the next year- when she was in class 8th.Neil had joined NRS 1 year before Alifa.

Alifa had started liking Neil the day she saw him perform in the school stage, on Teacher’s Day. Everybody knew Neil to be a great dance performer and a good student.

But Neil never took notice of Alifa, neither as a classmate nor as a dancer because in the NRS, they were in separate batches. It was only the last year in class 11th that Alifa reached the Advanced Batch, where Neil had already reached an year before her. It was then that Neil started admiring her for her excellent dance.

She reached the school and entered the class. Neil was already there and was waiting for Alifa to come. Neil and Alifa had started to be normal friends since the start of class 12th. He tried to talk to her but could not, since she ignored him again. Neil talked to one of her friends Amaya and took her number.

After school, when Neil reached home, he texted Alifa.

Neil now doubted that Alifa was upset with him because he had refused to perform the duet- the most important and highlighting performance with her. He wished everything to be alright and slept with a hope of a better morning tomorrow.

“If you are capable and don’t step forward to lead, some other day you will be lead by a fool.”

First of all we, a youth-led Indo-Pak friendship Initiative known as Aaghaz-e-Dosti, convey our sincere best wishes to you for your visit to Pakistan tomorrow. This visit by you is one of the important steps that can convey the message of maturity and commitment of the Government of India for peace talks and good relations with our neighbor country.

We are also as an initiative focused to facilitate people to people communication and try to contribute in the objectives and commitment of the governments of India and Pakistan for a peaceful and friendly future. Though we understand that you will have a list of agendas to be discussed there, we want to convey few of our requests, if the same can be considered by your goodself to be included for a discussion with your counterparts or through concerned authorities…

Hey guys, it has been almost 1 month since I last posted. I was quite busy. But here I am again.

From the past 2 months I have been watching a Turkish show ‘Feriha’ on Zindagi and it’s fantastic coz its dialogues, scenes are awesome and captivating. The story is not that different but well presented. I like watching TV shows from foreign countries coz they give me a glimpse to their culture. 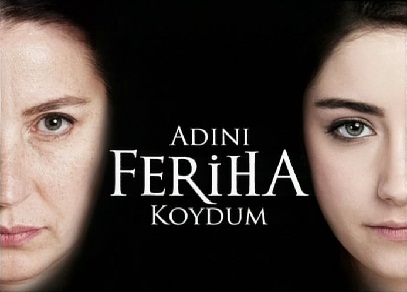 Amongst all what I mentioned above I would like to recommend you- Zindagi Gulzar Hai. It’s so beautiful. No exaggerations, all real and motivating. Just see it, you won’t regret spending your time on that. Also, the end of the show induced tears into my eyes. 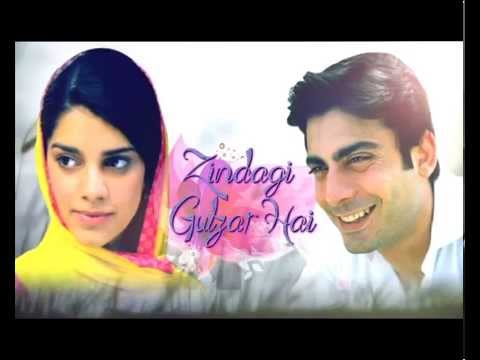 Next, I would recommend you Homeland. It just has something in it because of which you don’t want to get out of that world! The cast played their roles so well. It’s so believable and a slow going show which makes it easier to understand and easier to get into that life!

I would also like to mention about the movie I watched recently- Prem Ratan Dhan Payo. The story was really bad but songs were awesome. You may find people of all ages humming those songs. The film was like “Naam Bade Darshan Chhote”. But Sonam Kapoor looked really beautiful in the traditional outfits. 🙂